Founded in 1996, The American Classical Music Hall of Fame seeks to build and sustain enthusiasm for classical music in America by celebrating diverse facets of classical music excellence. In May 1998 the first induction took place at Cincinnati’s Historic Music Hall during a concert by the United States Marine Band. This event marked the launch of the Hall of Fame as an award-granting body.  The ACMHF currently includes over 100 inductees and presents those it honors with a commemorative medallion designed by wildlife artist John Ruthven. 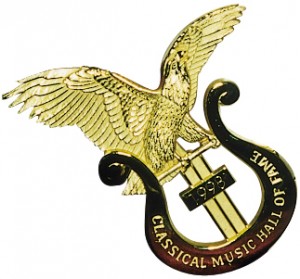