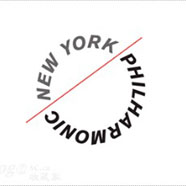 The New York Philharmonic, the oldest symphony orchestra, was founded in 1842. The Philharmonic Symphony Society consisted of 63 players who performed, among other orchestral and vocal works, Beethoven’s Fifth Symphony at the inaugural concert in the Apollo Rooms on December 7, 1842. The concert in February 1843 included the first American performance of Beethoven’s Third Symphony. The other original component of the New York Philharmonic, the New York Symphony, was founded by Leopold Damrosch in 1878. Damrosch took the orchestra on its first domestic tour in 1882. In 1885 Walter, Leopold’s son, took over upon his father’s death. Walter secured the support of Andrew Carnegie, and in 1891 the orchestra performed at the opening of Carnegie Hall. Peter Ilych Tchaikovsky was guest conductor at that concert. Following the 1928 merger, the new orchestra was known as the Philharmonic-Symphony Society Orchestra. Toscanini, who had conducted the Philharmonic Symphony beginning in 1927, was named principal conductor and took the orchestra on its first European tour in 1930. The New York Philharmonic, in 1922, was one of the first orchestras to broadcast live on the radio, and the first to broadcast live coast-to-coast in 1930. The Philharmonic’s live broadcasts regularly continued until 1966, and resumed in 1997, making it the only American symphony orchestra to broadcast live concerts nationally. In 1996 the Philharmonic became the first symphony orchestra to produce and release a recording to be available only on the Internet. The Philharmonic made its first recording in 1917, and has recorded almost 2000 albums since then, of which some 500 are currently available. It has performed in 356 cities in 52 countries on five continents. February 18,1999 marked the Philharmonic’s 13,000th concert.