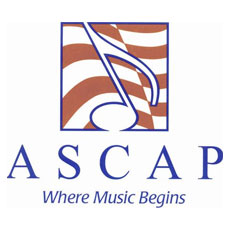 The American Society of Composers, Authors and Publishers (ASCAP) is a membership association of more than 410,000 U.S. composers, songwriters, lyricists, and music publishers of every kind of music. Through agreements with affiliated international societies, ASCAP also represents hundreds of thousands of music creators worldwide. ASCAP is the only U.S. performing rights organization created and controlled by composers, songwriters and music publishers, with a Board of Directors elected by and from the membership. ASCAP protects the rights of its members by licensing and distributing royalties for the non-dramatic public performances of their copyrighted works. ASCAP's licensees encompass all who want to perform copyrighted music publicly. ASCAP makes giving and obtaining permission to perform music simple for both creators and users of music. ASCAP is home to the greatest names in American music, past and present — from Duke Ellington to Dave Matthews, from George Gershwin to Stevie Wonder, from Leonard Bernstein to Beyoncé, from Marc Anthony to Alan Jackson, from Henry Mancini to Howard Shore — as well as many thousands of writers in the earlier stages of their careers.