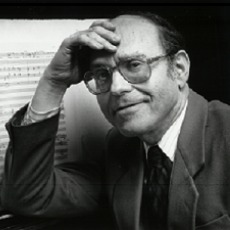 Samuel Adler was born March 4, 1928, in Mannheim, Germany, and came to the United States in 1939. He was educated at Boston and Harvard Universities and holds four honorary doctorate degrees. Adler has composed over four hundred published works which have been performed all over the world. Since 1997, he has been a member of the composition faculty at the Juilliard School of Music. Adler has given master classes and workshops at over three hundred universities worldwide, and in the summers has taught at major music festivals in the United States and abroad. He has also authored three books: Choral Conducting, Sight Singing, and The Study of Orchestration. In 2001 Samuel Adler was inducted into the American Academy of Arts and Letters. His other awards include: the Charles Ives Award, the Lillian Fairchild Award, the MTNA award for Composer of the Year (1988-1989), and Special Citation by the American Federation of Music Clubs (2001). While serving in the United States Army (1950-1952), Adler founded and conducted the Seventh Army Symphony Orchestra, for which he was awarded the Army's Medal of Honor. In May 2003, on the occasion of his seventy-fifth birthday, Adler was awarded the ASCAP’s Aaron Copland Award for life-time achievement in Composition and Teaching.