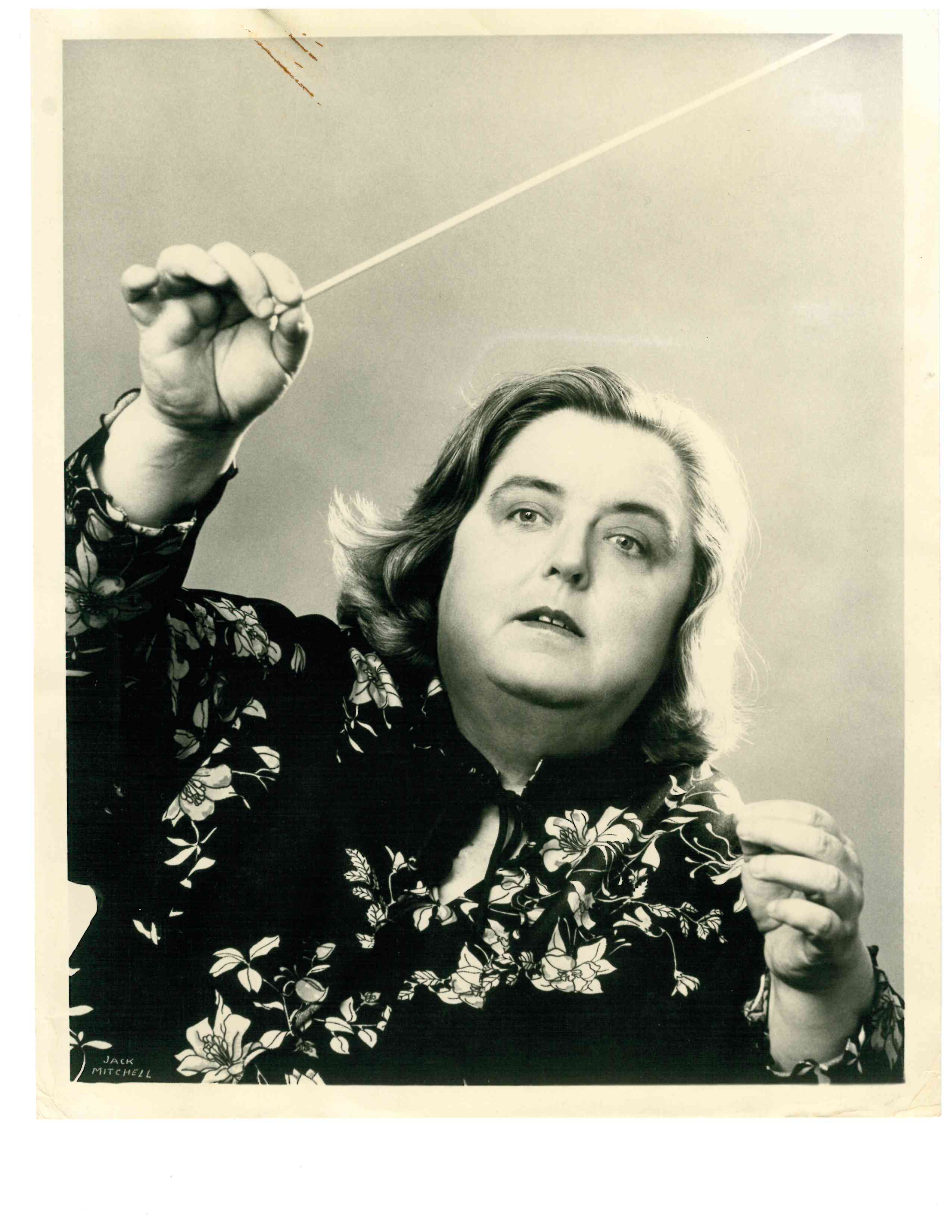 Sarah Caldwell was born in Maryville, Missouri, grew up in Fayetteville, Arkansas, and attended Hendrix College and the New England Conservatory of Music.

In 1946, as a viola player, she won a scholarship to The Berkshire Music Center at Tanglewood. There, Serge Koussevitzky, recognizing her wide-ranging abilities and budding interest in opera, invited her to stage Vaughan Williams’s Riders to the Sea. For the next 11 years she served as chief assistant to the opera director Boris Goldovsky.

In 1952 she became head of the opera workshop at Boston University, where she welcomed Igor Stravinsky and staged his The Rake’s Progress. Stravinsky conducted.

In 1957, Ms. Caldwell started the Boston Opera Group with $5,000. This became the Opera Company of Boston, her vehicle for staging a wide range of operas. She established a reputation for producing difficult works under pressure and interesting variations on the standard repertoire.

She established Opera New England, a touring arm of the Opera Company of Boston that performed spring and fall productions in Massachusetts, New Hampshire, Connecticut, and Maine.

She appeared on the cover of Time Magazine in 1975 not long before she led a historic program of music by female composers at the New York Philharmonic. In 1976, she became the first woman to conduct at the Metropolitan Opera.

Richard Dyer, longtime principal music critic of the Boston Globe, wrote in her obituary: “There was no single ‘Caldwell style’ of operatic production. She was interested in anything from Baroque theater practice to avant-garde methods using the latest advances from the labs at MIT, always applying her diverse interests in surprising and provocative ways.

She embraced the whole spectrum of possibility—original languages and English translations; major stars and emerging American singers; standard and variant performing editions; anything that was lively and pertinent.

Ms. Caldwell’s work was unified by a profound and comprehensive vision of how opera could be relevant and vital in our time, and defined by a splendid theatricality. Her adventurousness was often ahead of its time, and it took decades for other US companies to catch up to her daring. She also opened the door for subsequent generations of important female opera directors and conductors.”

In 1997, President Clinton presented her the National Medal of Arts.