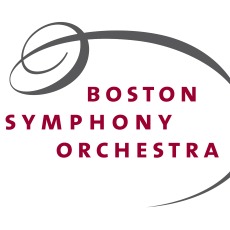 The Boston Symphony Orchestra is one of America’s most renowned orchestras. Its home base is Symphony Hall, one of the finest concert halls in the world. The orchestra was founded in 1881 by Henry Lee Higginson. It went on to have several notable conductors, including Arthur Nikisch and Pierre Monteux. However, it was under the baton of Serge Koussevitzky that the orchestra became best known. Koussevitzky started, and it all still obtains today, radio broadcasts, the Tanglewood Music Center, and the practice of the orchestra’s frequent commissioning of new works. Koussevitzky was followed by Charles Munch who took the orchestra overseas for the first time. Erich Leinsdorf followed Munch then gave way to William Steinberg. Seiji Ozawa succeeded Steinberg and remained for twenty-nine years. James Levine took over in 2002. An offshoot of the Boston Symphony Orchestra is the Boston Pops Orchestra, directed by Arthur Fiedler for fifty years, and now led by Keith Lockhart. Performing with the Boston Symphony and Boston Pops for major choral works are the Tanglewood Festival Chorus, the New England Conservatory Chorus, the Harvard Glee Club, the Radcliffe Choral Society, and the Chorus Pro Musical.